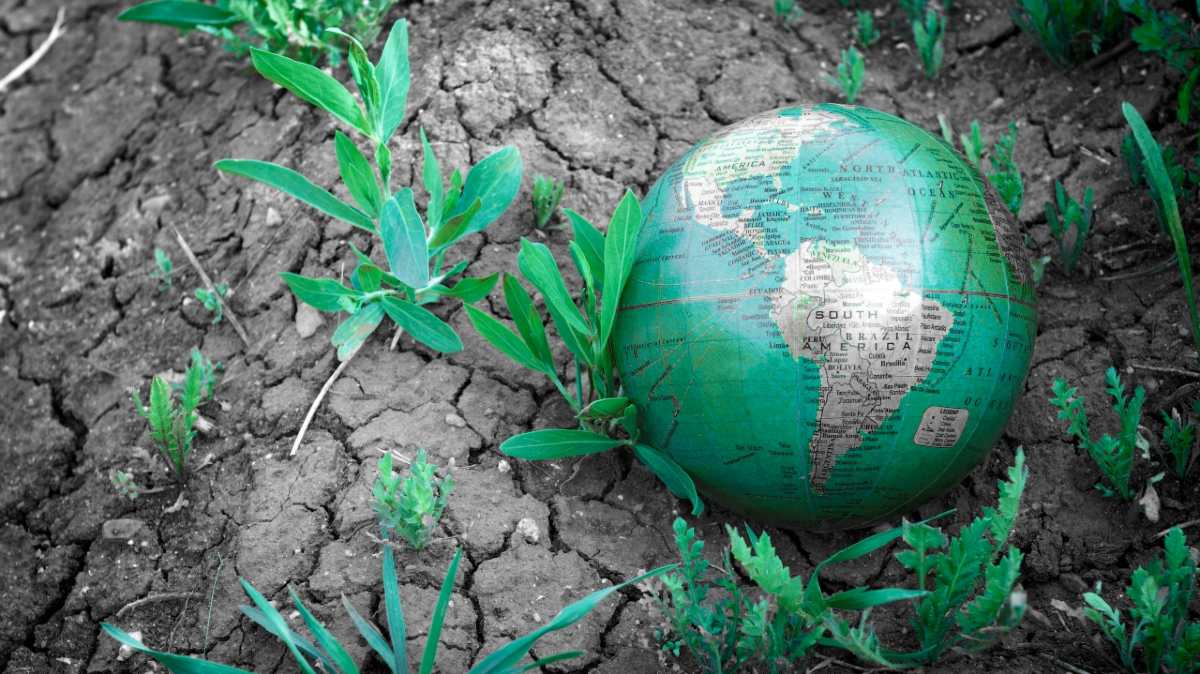 In our guild we have great opportunities to participate in the mitigation of the climate catastrophe.

Unfortunately it is an exemplary time that corroborates in an unobjectionable way that the so-called climate change has become a monumental climate catastrophe, in my modest concept already irreversible; That as I said in the previous article, threatens the existence of humanity, before the great indifference of the majority of governments and their citizens. Mechanisms such as international climate change conferences, which generate great hopes, end up being innocuous.

On the Spanish channel A3, I frequently watch news of large fires; more than 162,000 hectares burned to date, in that country, 37 so far this year, with its consequences, of deaths, displaced persons, losses of houses, farms, animals; leaving when extinguished, droughts, water cuts in aqueducts, and of course greater impact on the climate catastrophe.

At the same time, temperatures have risen to record values in several cities in Spain, which increases the consumption of energy in air conditioning and refrigeration, at a time when, because of the war in Ukraine that has led to an almost suspension of Russian gas to Europe, and that has forced the European Community to very high cuts in energy consumption in general, accompanied, simultaneously, by high costs in all energy inputs, which has resulted in an economic crisis and very high inflation in the countries of the European Community.

Similar situation is happening in California (USA): 181,252 acres burned, 5,184 incidents, 4 deaths, 96 structures damaged or destroyed to date, in what they call the summary of the 2022 fire season, with heat waves in 24 states and record temperatures also in several cities causing droughts and cuts in drinking water. 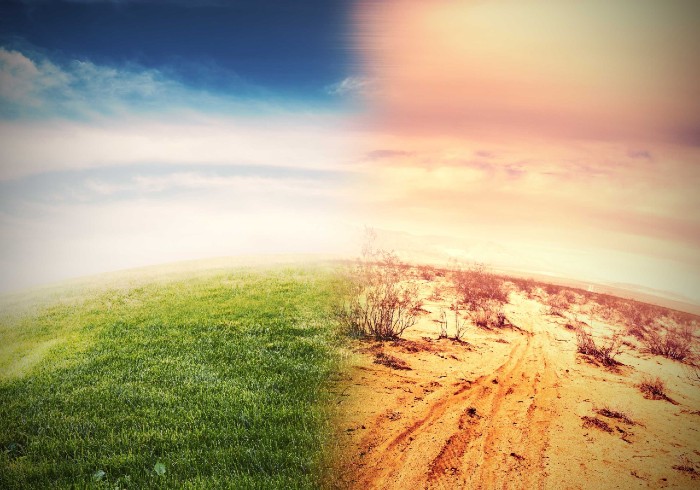 Of course these fires, to cite only in two regions of the world, but which are being replicated in many other countries, contribute enormously to global warming that is producing, as it has been well known for decades, melting in the north pole and in the glaciers of the Alps, Pyrenees, Himalayas, as well as in the Andes in our Latin American region and others in different regions of our planet.

The water
I was very impressed by a story that I heard on the DW network in Spanish and that is also brought by the newspaper El Tiempo of Colombia, which headlines it very dramatically: "Rainwater is no longer drinkable even in Antarctica." and therefore nowhere in the world, explained in an article in Environmental Science & Technology, which says that perfluoroalkyl and polyfluoralkyl substances (I had to look them up on the internet, because I had not heard of them) of human origin, extremely persistent in the environment, are highly toxic causing diseases and other harmful effects on humans.

In our environment, we do not normally drink rainwater, but treated in aqueducts, but there are places in the world where rainwater is used for human consumption and is no longer suitable for it.

On the other hand, there are major floods in other parts of the world, for example, such as those that are happening in Kentucky (USA), with dozens of deaths and continuous rains that worsen the situation. The same is happening in Southeast Asia, also with hundreds of displaced people and dozens of deaths.

And we could continue to illustrate the situation with many other examples of equal or worse drama, including what happens to the sea with the dumping of plastics and garbage, the poisoning with all kinds of toxic chemicals, of the waters of seas, lakes, rivers, leading us to a situation no longer reversible, with fatal consequences for humanity and all living beings.

With the air the situation is equally lamentable, the emission of combustion gases from vehicles, kitchens and industrial processes, especially in large cities, makes that air unbreathable and also produces huge amounts of respiratory diseases.

To the above, the detractors, not of the climate catastrophe which they flatly deny, nor of the climate change that they do not accept, will say that this has been happening for millennia, which is true but not with the intensity and frequency that we are seeing and quantifying now. Too many politicians and rulers prefer the current development model based mainly on hydrocarbons to the detriment of the environment. 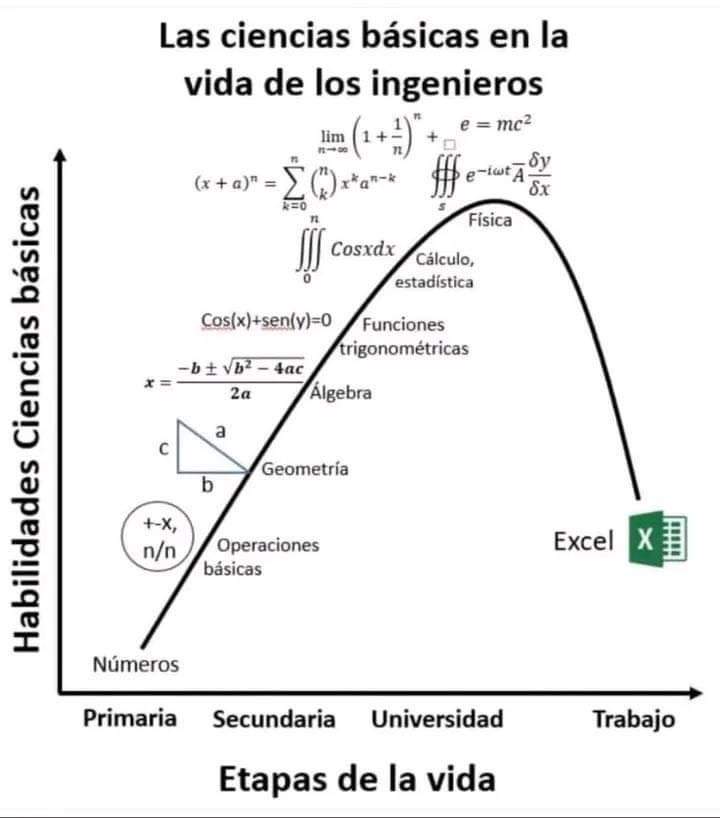 Now, the panorama is very serious and depressing, especially for the next generations, but all is not lost, there are a lot of private initiatives, reforestation, recovery of deserts, cleaning of seas and rivers, planting of home gardens and concepts such as the Circular Economy that proposes in a general way that everything that enters a city, It must be used rationally, converted into usable products and processes and once used, recycled properly so that they are useful again and nothing such as garbage or pollution should leave the city.

Laudable theory, easy to say but very difficult to achieve, if all humanity does not take it as a common purpose, which is not happening, but there is no doubt that we must do it to survive, and hopefully as soon as possible; But I am very skeptical of it.

Meditating on these dramatic issues, I think that mechanical engineers, especially those specialized in thermal engineering, like me, have participated in the design, operation and maintenance of most of the equipment and machines that pollute, mainly those that use hydrocarbons for centuries.

Starting with the steam engine, locomotives, boilers, furnaces, cars, all kinds of land vehicles, ships, gas turbines for aviation, electricity generation and industrial processes etc., as well as in our guild the development of air conditioning and refrigeration that consume electricity from hydrocarbon-based thermal power plants are also so. The energy conversion cycles for this are highly inefficient, even though we have applied ourselves to optimize them.

We have great opportunities
To put some positivism to this depressing article, I believe that we, in our guild, have great opportunities to participate in the mitigation of the climate catastrophe, through actions such as those discussed in the previous article and through the optimization of energy conversions, with new and revolutionary inventions. It is absolutely essential, above all, to optimize the efficiency of projects from their design and the use of all technologies that allow it, mainly controls with effective strategies and logics, which adjust energy consumption to variable thermal demand.

It must be a joint effort of the guild, the academy and its professionals in research and design, seeking optimal efficiency, selection of highly efficient equipment, assemblies, operation and maintenance perfectly programmed and supervised systems, all supported by training with mathematical and physical rigor, adequate standardization with mandatory character and certification of competence of said professionals.

"The earth is overdrawn in its resources"!

* Camilo Botero was Secretary of the Federation of Ibero-American Associations of Air Conditioning and Refrigeration - FAIAR; He was president of ACAIRE and is president of Camilo Botero Ingenieros Consultores Ltda. He is currently a professor at its CBG Academy. He has also worked as a teacher in several Colombian universities, unions and currently in ACAIRE in diploma courses of air conditioning projects, energy efficiency in air conditioning and refrigeration, cogeneration and trigeneration, applied psychometrics, thermodynamics, fluid mechanics, heat transfer and turbomachinery.
[email protected]

No thoughts on “We can mitigate climate catastrophe!”