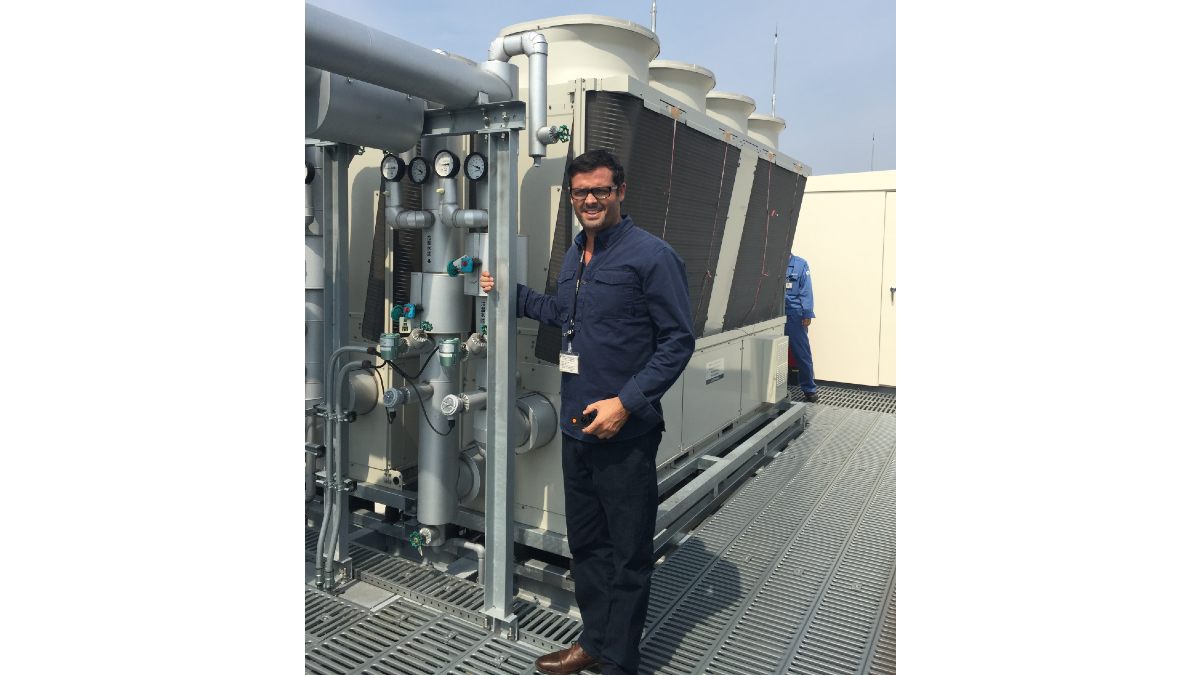 In his personal life he is a martial arts enthusiast; black belt in Taekwondo at age 13 and brown belt in Jiu Jitsu. He lives in love with traveling and sharing with his family.

The influence of his environment has been decisive in his life, he decided to study Mechanical Engineering to support his father with the family business, but also because in his country of origin (Puerto Rico) the air conditioning market is quite wide, a path in which he made many of his best friends, with whom he entered this business.

For Derick, Puerto Rico's tropical climate made air conditioning a daily necessity, even more so because it went from a farming country to an industrialized one where pharmaceutical companies took a leading role, "what does this mean? That for more than 60 years air conditioning has been evolving along with the industry. All production plants always have the latest technology and a high level of application and engineering. Let's say it's the best college where you can do your air conditioning practice."

The passion that this engineer has for his profession is due to the fact that he likes the process involved, where he can test his hypotheses and deepen his technical knowledge, since he has had the opportunity to be from the installation of the equipment. For these clear interests it is not surprising that, in his academic training, he did a Master's Degree in Environmental Management Engineering and a Master's Degree in Project Management Engineering, both at the Polytechnic University of Puerto Rico, as well as a specialized course in Air Conditioning, at the York Institute. 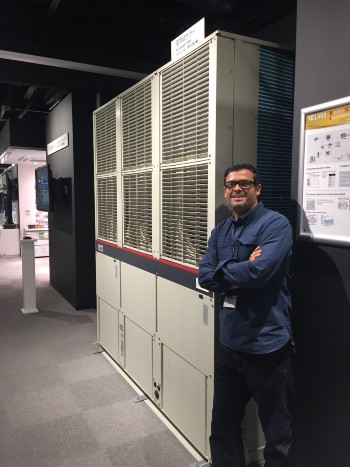 His working life began in 1999, with the role of Sales Engineer for Unitary Team and Applied Team at York International, about 2004 he became Sales Manager and later Sales Manager in Service, until 2009 when he assumed the role of Project and Solutions Manager (in a Joint Venture between York International and Johnson Controls). For 2013 he gave a change in his career and decided to found his own consulting company and turn key projects, specialized in commercial and industrial facilities.

In 2015 Derick started at Mitsubishi Electric Trane US, LLC (METUS), working for the international area, specifically in the commercial department in Latin America. And as a milestone in his professional development, in 2017, he began a project in charge of the development of the Chiller E-Series product for the Latin American territory, which has, so far, an approximate of 4,000 tons in sales. That is why he indicates as one of his immediate challenges "to develop the Chiller E-series in the Latin American market, to be able to handle it and in the future to introduce it in the USA".

ACR: What challenges do you face as a professional?
Derick Colon: In general, the challenges are great because I must seek the benefit of the company and unite different capabilities in favor of sales. The advantage, at the point of technological innovation, is that we have the only product on the market that offers the solution sought by the end customer, as it greatly reduces energy and operating costs, as well as maintenance contracts and parts.

Each territory must be developed, modules will be created to certify, training centers as in Mexicali and visits to projects already executed. Also, we will be looking for new distributors and contractors to grow the market, while providing the support and innovative product that everyone recognizes from our brand.

ACR: What is the differentiating value of the way you approach sales?
Derick: Normally the consultant is the one who decides what the client buys, but it happens that that consultant works for an air conditioning brand, so that the design is going to be specified and executed based on the products of that brand, not for the interests of the end customer. Additionally, the way in which the equipment is presented to the client is not clear and is often misleading. For example: they only give them the data of the compressor of the equipment, the data of the other components, such as towers and condensate pumps, is not delivered, nor of the consumption, maintenance or contracts involved in having those equipment that the consultant suggested in his design.

In my case I traveled to many countries, analyzed multiple projects, made many calculations and presentations to check the usefulness of our technology over the others. I debated the product before the best consultants in each country and each manufacturer from 2017 until now.

ACR: What do you think are the reasons for your recognition in this market?
Derick: With regard to the Chiller I have basically developed the market; I have trained clients and developed accounts, I have given trainings in their territories, as well as hydronics courses for those who were not familiar. In short, I give technical advice to the distributor and the end customer. This means that I travel, sell the product, do all the related engineering, manage the installation and then turn on the equipment. I also start up, give them the guarantees and take care of the after-sales in all countries.

ACR: How do you see the future of the air conditioning industry in Latin America?
Derick: I see that each country wants to choose to have its own energy code, many of them are not doing a good analysis, nor are they updated on the advantages of variable equipment, that affects us and does not represent the truth or a high-tech solution. In addition, it promotes the use of obsolete and cheap technology. From a commercial point of view I see that while some countries do projects of 500-700 tons complete with our technology, others only use VRFs for small projects. I think the Chiller is at the perfect time for the market, it is a good option where vrf is not.

The human side of a sales enthusiast
Derick says that in his personal challenges he has to be closer to his daughter Maralisa and her parents: Rafael Colon and María Gracia. Also eating well and gaining weight, exercising and resuming the sports discipline I had before.

This Puerto Rican, who enjoys traveling immensely and has a long list of countries and cities that have captivated him, defines himself as someone with a noble heart, who appreciates reading and history, as well as reggae and salsa.

As an individual he says that "one thing I really like about myself is that I know my capabilities, so I know what I can do and achieve." Now, he is still rigorous and critical, even in his private sphere: "I'm emotional, I don't like that because sometimes it affects me, I'm working on it."

Currently, Derik lives with his girlfriend Luisa Orozco, among his hobbies is surfing and skateboarding, when he can. He shared that as a personal goal he has to buy his own place, in addition to continuing to grow professionally.

No thoughts on “Attitude, taste and clear goals”