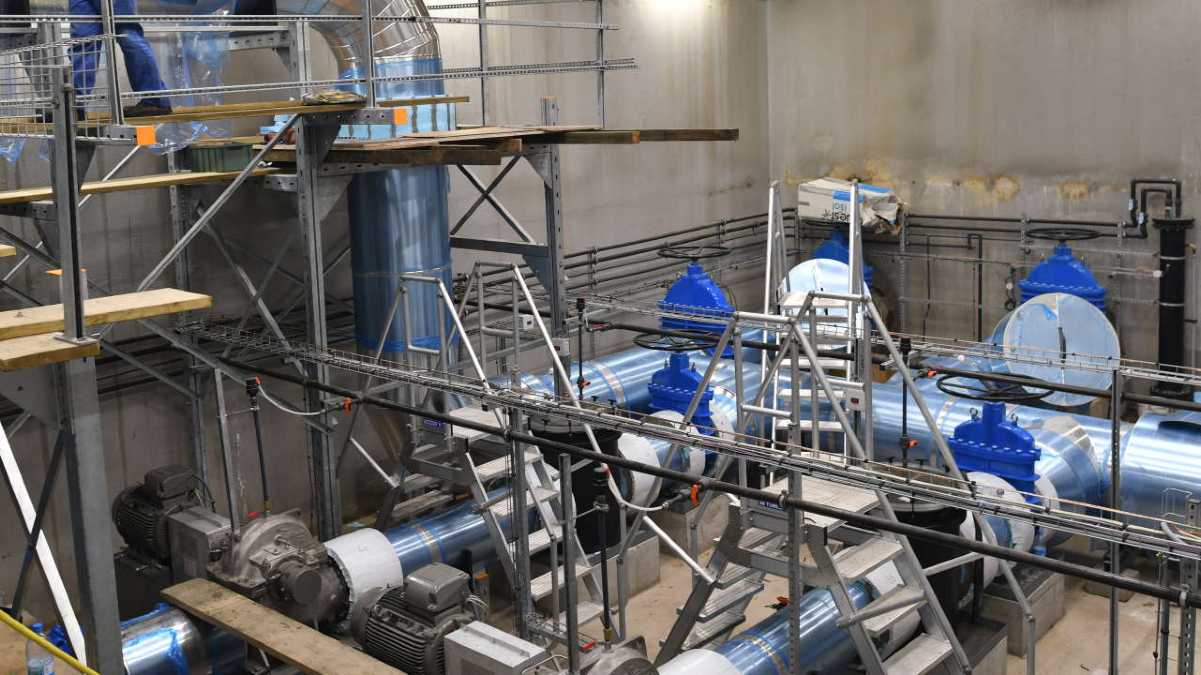 International. Thanks to this system, the cold waters of the depths will cool the Hospital Center of French Polynesia, saving at least 2.5 million euros of electricity per year.

Forty meters from the ground, shortly after midnight on Saturday, November 6, Maciek Buraczynski squeezes the last nut. With its team specialized in work at height, it has just connected the huge SWAC pipes - for Seawater Air Conditioning, air conditioning with natural cold water - and the air conditioning network of the French Polynesian hospital center located in Pirae, a small town in the north of Tahiti. The site is finished. In a few weeks, after the tests, renewable energy will cool the hospital.

The three SWAC pumps will extract one million liters per hour from more than 900 meters deep in the Pacific Ocean. Because the temperature is much colder there than on the surface: the water is at 5 ° C. By connecting its air conditioning system to this 3.8 km long subsea pipe, the hospital will no longer use electricity to produce cold. This should allow the overseas community to reduce its electricity needs by 2% on the island of Tahiti, the most populous of the overseas community.

However, it was not about injecting seawater into the tens of kilometers of hospital pipes. "The SWAC allows, with very low energy consumption, to put cold seawater and fresh water from the air conditioning network in thermal contact, through a thousand sheets of titanium plates," explains David Wary, engineer of the local company Airaro, assistant of the contracting authority. "This exchange system does not require water mixing: seawater, having transmitted its refrigerators [unit of measurement for the amount of cold], is released into the ocean without having been altered."

Special conditions required
The main handicap of SWAC: its price. Thirty-one million euros for this, "Amortizable in ten to fifteen years, with an estimated useful life of thirty years," according to Cathy Tang, project manager of the energy service of French Polynesia. This green energy is already used in two Polynesian hotels: in Bora-Bora, where SWAC has been running for several years, and in Tetiaroa, to air-condition the ultra-luxurious eco-friendly hotel The Brando. But this is the first time a public structure has funded a SWAC in Polynesia, and the hospital's is more powerful than the other two combined.

"Hospital air conditioning has been around 9 million kilowatt hours so far [kWh] consumed each year to produce cold water for 1,600 air conditioning units, with 84 air treatment units for operating rooms, the pulley, the scanner, the entire hospital center," explains Teumere Mu, head of technical services at the hospital center. He estimates that the hospital will save more than 2.5 million euros in electricity per year... or even more in a few years: other extensions under construction, such as the Cancer Institute, will also be fed with this system on their own.