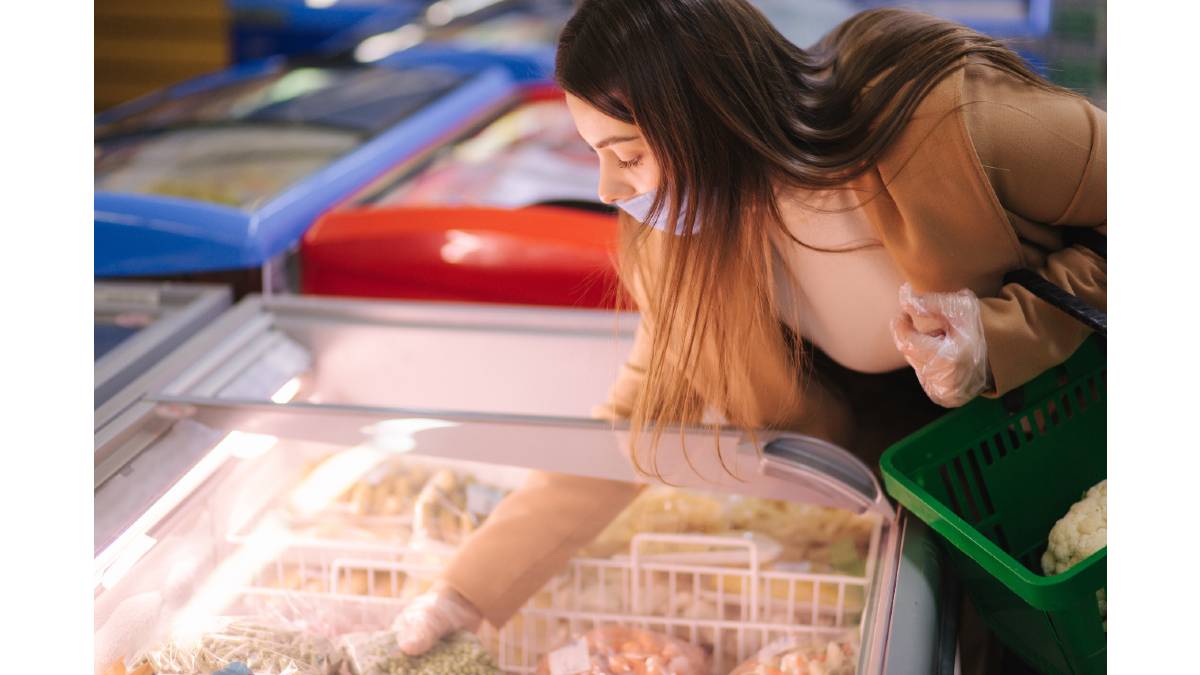 Innovations in refrigeration to keep food safe and healthy.

What's your favorite food? Fish? Meat? Vegetable? And you like it fresh, right? If we put it in the refrigerator for a few days without any protection, what do you think will happen? Will it still be fresh enough when we go to consume it?

In the food service sector, keeping food always fresh is the fundamental goal, and many methods are being tested to achieve this. Refrigerators are closed environments and some bacteria are not afraid of the cold. In the typical temperature range of 4ºC to 8ºC in refrigerators, most bacteria grow slowly; however, some bacteria are not afraid of the cold, such as yersinia and listeria. These bacteria can grow quickly at these refrigerator temperatures, and if at the same time there are other foods rotting in the refrigerator, the situation will be worse, the bacteria will spread even faster, even at a rate of millions per day.

So what's the solution? Not storing food overnight is one way, but that means throwing away the remaining food at the end of the day, a huge waste and an additional cost, as customers would have to pay more for fresh food. In addition, the food that is thrown away also spreads bacteria and is not friendly to the environment. Another solution is to seal food: this can slow down the rate at which bacteria spread. The same goes for freezing. However, here we will look at another technology used in the food service industry to keep food fresh.

Ion technology
This is called positive and negative ion sterilization technology. It generates a large number of positive and negative ions through the ionized air, which adhere to the surface of the bacteria and when neutralized with each other release a large amount of energy, changing the structure of the bacteria and killing them effectively. In particular, bactericidal technology uses air as a means of propagation, thus sterilizing the entire room.

Another problem is odors. When food is stored inside a refrigerator for a long time it rots and gives off bad odors. Food rots due to enzymes; Both animal and plant-based foods contain a certain amount of enzymes and, under the right conditions, these enzymes cause the breakdown of proteins, fats and sugars in food, producing ammonia and other unpleasant gases and toxic substances, and as a consequence, thus spoiling food.

Not only in refrigerators, ice factories also use sterilization technology. In fact, bacteria also grow on ice! In the ice making industry, the preferred solution is ultraviolet light, to keep the ice clean during storage. There are two trends on the market now, one is to sterilize bacteria by air and the other by water. Ice does not rot, however, bacteria and viruses can accumulate both in the cooling system and in the storage vessel, which makes the ice unhealthy and therefore it is necessary to sterilize the air in the storage vessel and also directly sterilize the water in the cooling system.

This method involves using a powerful ultraviolet light bulb to create a highly reactive enriched oxygen mixture. This mixture has very high oxidation properties, which can destroy viruses and bacteria and prevent the growth of mold, mildew, silt and odors. The reactive oxygen mixture is produced continuously, flowing throughout the unit at all times, thus keeping the ice machine and the entire unit perfectly clean and free of bacteria and viruses.

My opinion is that, over time, more and more high-tech solutions will be used in food service. For example, with carbon emissions becoming a global issue, more and more industries are concerned about saving energy, so inverter technology is becoming increasingly popular.

As for sterilization and deodorization technologies, these aim to ensure good sanitation in the unit, which makes them an important element for our health and therefore it will be more common to see them in refrigerators in the future. We all know that technology changes lives, so let's hope for more new technologies to improve our lives.

No thoughts on “Sterilization technology in food service”