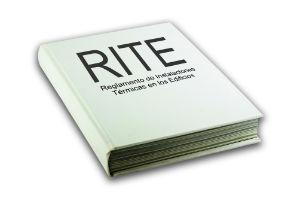 The Regulation of Thermal Installations in Buildings (RITE) has not yet been approved by the Colombian State, which means a delay in the certification process of current constructions. The invitation for the guild is to use it as a Good Engineering Practice.

There is a great problem in the air conditioning systems, which calls for a regulation in the country and in Latin America; which is why ACAIRE (Colombian Association of Air Conditioning and Refrigeration), with a determined and definitive support of ACIEM Valle Chapter and ACAIRE Western Chapter; formed a group of specialists in the field of air conditioning and took the initiative to regulate in Colombia the exercise of the professions in charge of these projects and the Regulation of Thermal Installations in Buildings (RITE) was elaborated.

To date it has had the determined collaboration of more than 2,000 hours-engineer ad honorem, with a group made up of about fourteen engineers in the specialties of mechanics, electricity and electromechanics, a document was prepared that was presented in July 2012, in the first instance to the Ministry of Mines and Energies of Colombia and that seeks to achieve impact not only here, but to become an example to follow in Latin America.

He also presented himself in the Ministry of the Environment for being responsible for the care of the environment and in the ministries of Commerce and Housing, for having a direct relationship with the equipment used and the comfort of people.

What is RITE looking for?

Establishing the energy efficiency and safety requirements that thermal installations must meet in buildings intended to meet the demand for well-being and hygiene of people, during their design and dimensioning, execution, maintenance and use, as well as determining the procedures that allow to prove their compliance, is the objective of the Regulation of Thermal Installations in Buildings, hereinafter RITE.

Also promote the safe and efficient use of refrigerants and minimize global warming and damage to the ozone layer, in order to minimize climate change.

What would be the scope?

For the purposes of the application of the RITE, fixed installations for air conditioning and the production of domestic hot water, intended to meet the demand for thermal comfort and hygiene of people who remain in offices, educational centers, hotels and shopping centers, will be considered as thermal installations.

What benefits are obtained?

Why would Latin America need a RITE?

Reviewing projects, assemblies, maintenance and operation of air conditioning systems, it can be observed that there is a great deficiency in compliance with the parameters of comfort and hygiene, which are highly inefficient in terms of energy use and are not friendly to the environment.

Regulations and seals taken into account, for the RITE Colombia:

After two years of having formalized the project and presented to the aforementioned ministries, widely disseminated in the CIARs, ExpoAcaires, Tecnoedificios and RefriAméricas, having officially presented itself in the most important universities of the country, motivated to public and private energy companies, having written several articles on the subject in specialized journals, requesting the support of related guilds, the RITE is not yet a mandatory regulation, as they are and in good time, the RETIE, for electrical installations, the RETILAP, for lighting and the RITEL, for telecommunications (the Regulation for Boilers that also takes several years, has not been approved either).

Fortunately, ACAIRE has already incorporated it as a BPI (Good Engineering Practice) and it is available for free on its website, as well as on the ACIEM Valle Chapter website.

The current presidents of these associations are fully committed to the implementation of the RITE as well as the CHAPTERS OF ACAIRE del Occidente and Antioquia. A well-known Brazilian engineer, who has been president of ABRAVA and international vice president of that association, told me that in Brazil they had the same problem for the approval of regulations and that what they had chosen was to use the draft regulation as BPI, which over time became customary and so the State had no choice but to approve it, for it was a fact fulfilled. I invite all colleagues to do the same, with ACAIRE's BPI 09 RITE.

At the last CIAR in Cartagena during my conference that touched on the issue of normalization, when I mentioned that the RITE had not been approved by the Ministry of Energy, someone from the audience stood up and said: "It is that they have not filed it, I was told by the 'Eng. Fulanito de Tal' of the Ministry of Energy, " turning out to be the same nondescript official to whom I took it on two occasions accompanied by the presidents of ACIEM Valle and ACAIRE and to whom multiple letters have been addressed requesting the study and approval of the RITE.

For all the above I believe that the State (represented in the ministries mentioned) is having a great irresponsibility by not approving this regulation, which has nothing but benefits for all and that failure to do so will continue the waste of energy and the increase in climate change as a result of its non-application.

An engineer who works in a consulting company in the USA, and who has projects in Mexico and Colombia told me: "Doing air conditioning projects without the RITE, is like a football match without a referee ... that is, a 'recocha'...".

Another Spanish engineer, this time, told me: "How do you intend to do Leed certifications, without a RITE?"

The most common argument for not supporting rite by many Latin American engineers is to say "if we already have the ASHRAE standards, so that a regulation of our own". I answer: "First of all, ASHRAE standards are not mandatory codes and in certain issues such as climatology, building materials and technological environment, they are very different from our tropical countries."

To conclude, I invite all colleagues in the field of air conditioning to start using RITE as a Good Engineering Practice and to make all the comments, suggestions and / or corrections they deem appropriate.

* Camilo Botero is the current Secretary of the Federation of Ibero-American Associations of Air Conditioning and Refrigeration - FAIAR; he was president of ACAIRE and is president of Camilo Botero Ingenieros Consultores Ltda. He has worked as a teacher in several Colombian universities, guilds and currently in ACAIRE in diploma courses of air conditioning projects, energy efficiency in air conditioning and refrigeration, cogeneration and trigeneration, applied psychometrics, thermodynamics, fluid mechanics, heat transfer and turbomachinery. ([email protected]).

No thoughts on “RITE: not approving it, a great irresponsibility”