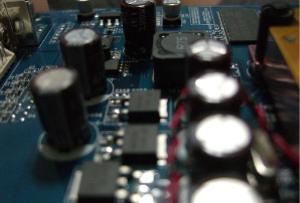 Economically the market for variable or adjustable capacitors in Latin America is not very representative, but it is evident that in recent years it has had a notorious growth in its import and marketing levels in the region, however, 2009 was not a good year for this industry that suffered a severe setback in its sales.

Variable or adjustable capacitors, also known as capacitors, came with an upward performance in terms of sales in the Latin American region, despite this, 2009, a difficult year for the industry in general due to the global economic crisis, was not benevolent with this segment that was notoriously affected.

According to The Datamyne information and statistics system, countries such as Argentina, Brazil, Chile and Mexico had a significant reduction in this region of their imports, a behavior very different from that of Colombia and Peru, which although they are relatively small markets, showed growth balances after the end of 2009.

But this behavior is not alien to the HVAC/R industry, which also went through difficult times during that year, and as a consequence the market for variable or adjustable capacitors, being intrinsically related to the production and sales of this industry, was clearly dented in its growth interests, but at the same time leaves the door open for a positive future.

This was hinted at by Miguel Aguirre, manager of the Mexican company Electrónica e Importaciones Industriales S.A. de C.V. when he indicated that "despite the acute commercial contraction that was experienced in many companies, the region resisted better than in the past the effects of the crisis, especially due to the macroeconomic strengths that many Latin American countries have, as is the case of the Mexican nation."

He also added that "Mexico urgently needs to advance in the diversification of its economy to achieve sustainable growth from 2010, since although at the end of 2009 it left behind the ravages of the global crisis, this year it will register only a partial recovery."

In the same way, and in relation to what is expected in 2010 for the capacitor import and marketing industry, Aguirre indicated that "this market will face a difficult international context because world trade will have modest increases with protectionist pressures and competitive tensions derived from excess capacity in various productive sectors."

For his part, Juan Fernando Rojas, commercial representative of the Colombian company Comercializadora Internacional S&M Ltda., who lived the opposite side of the coin when receiving good returns during 2009 with the company for which he works, highlighted the growth of the segment and the good prospects it has.

"The successful results in the country by this segment are associated with the good returns that Colombia has had in terms of civil works, particularly in the capital cities, where there is a great development in various productive sectors, which demand greater production of articles that require electronic elements such as these," he ponders.

Rojas also highlights the policies and trade agreements that Colombia has had with various countries, especially with Asian countries, which "has facilitated the good performance and growth of the import sector and with greater force the segment of electrical and electronic articles."

Precisely this detail is evidenced after looking at the report of capacitor imports in Latin American countries, which has as main partners in this business China, Japan, Hong Kong and Taiwan, and, to a lesser extent, the United States and European countries such as France, Germany and Spain.

The largest reduction was in Argentina
During 2009, Argentina showed the highest percentages of reduction in the entire Latin American area in terms of its imports of variable or adjustable capacitors.

In Brazil the figures are not encouraging
Brazil, despite being a large market and at the same time one of the main economic partners of the area, did not have a positive behavior during 2009 and could not reflect growth in terms of capacitor imports.

Mexico stagnated its growth
In terms of figures, definitely the manita nation is the epicenter of imports in Latin America in the field of capacitors or capacitors, because it is through this country that the entry into Latin America of these elements is concentrated to a greater extent.

Colombia, a particular case
A very different reality, perhaps according to its local situation, lived Colombia, which during 2009 reported growth figures in its imports of variable or adjustable capacitors.

In volume, the reduction in imports in the coffee country was 83.20%, while in value they had an increase of 21.01%, a situation that does not end up being paradoxical, since it partly reflects the reality that occurs in the rest of Latin America.

Peru, the other side of the coin
The Inca nation, according to The Datamyne report, was the only one that showed a fully satisfactory report in its figures, grew by 20.96% in volume and 43.66% in value, which gives a part of satisfaction and, at the same time, encouragement for the rest of the countries in the area for what will be the balance of 2010, which for now shows signs of recovery in the partial reports of the year.

* Price of the merchandise in port (Free on board).

No thoughts on “Capacitors: affected by the crisis”