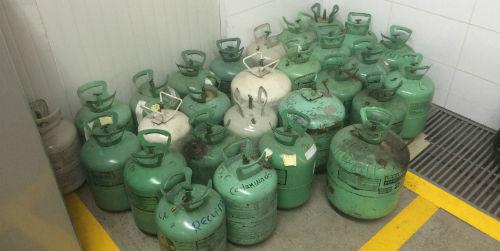 article makes specific reference to the existing barriers in the adoption of this class of refrigerants in cooling systems.

It is a reality that the acceleration in the elimination of substances that deteriorate the ozone layer led to the creation of refrigerants with high Global Warming Potentials (GWPs), such as HFCs (Hydrofluorocarbons) and their mixtures, today normally used in cooling systems. The calculations made by experts indicate that if these substances are released into the atmosphere the negative effects on the climate would be devastating, even ensuring that if they are not controlled they could be equivalent to half of global CO2 emissions by the middle of this century.

Countries implementing the Montreal Protocol on Substances that Deplete the Ozone Layer are aware of this situation and seek that eliminating CFCs (Chlorofuorocarbons) and HCFCs (Hydrochlorofluorocarbons) in their applications does not contribute to a larger problem, such as global warming.

This reason has led the governments of several countries, at the head of the Ozone Offices, to look for alternatives, especially in the refrigeration and air conditioning sector, with low environmental impact, such as the natural refrigerants CO2 (Carbon Dioxide), NH3 (Ammonia) and HC (Hydrocarbons), which have little or no Global Warming Potential.

However, despite their safety with the environment, the natural refrigerants mentioned have barriers or limitations that do not allow their use in the sector to be massified, the best known being those shown in the following diagram:

Figure 1.  Barriers and limitations that prevent the positioning of refrigerants with low GWP in Colombia.

In Colombia, the perception of the barriers shown varies according to the actor involved, in  the case of the large sectors consuming refrigerants for their cooling and air conditioning processes, namely shopping centers, clinics, hospitals, banks, dairy industry, ice cream, refrigerators, hotels, supermarkets and superetes, they agree that the most complex aspects during the implementation of the HCFC reduction program are related to the evaluation of operational changes, high costs in the initial investment, the availability of environmentally friendly technologies, lack of advice on the design and manufacture of cooling systems with low environmental impact, final disposal of refrigerant and cylinder waste, among others.

Most of them are changing the cooling equipment with HCFCs, as they are fulfilling their useful life, for equipment that has refrigerant substances, which although they do not deteriorate the ozone layer, if they have a high Global Warming Potential (GWP).

For their part, consultants, professors and suppliers indicate that the barriers  defined in graph 1 similarly influence the positioning of natural refrigerants as an environmentally friendly alternative (See graphs 2, 3 and 4). 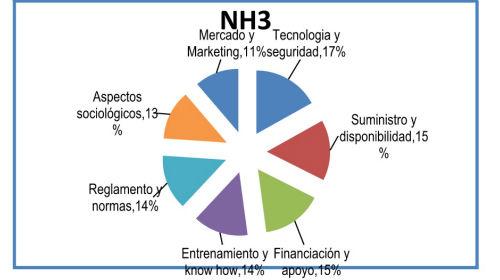 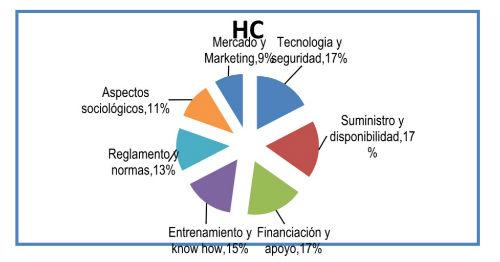 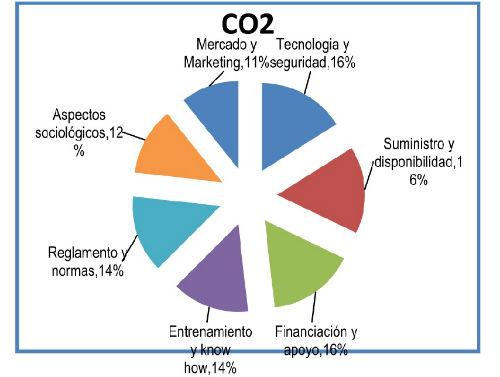 A detailed analysis of the barriers to the adoption of cooling alternatives with low environmental impact will allow to establish work strategies with the actors involved, for which it will not be enough to pursue only the change of the refrigerant, but to achieve an eco-sustainable and durable result over time, based on principles that define a policy of integral management of cold production, which includes life cycle analysis,  improvement in equipment design, economic incentives, advice, increased  energy efficiency, gas confinement, promulgation of good practices and final disposal of waste.

If all these aspects are combined, in the future, perhaps we will come to the conclusion that the refrigerant alone is neither the cause nor the solution to the environmental problem, and the cooling equipment will be seen as a "system"  with its inputs and outputs, which must be controlled, if its impact on the environment is to be as safe as possible.

No thoughts on “Barriers to adopting natural refrigerants”