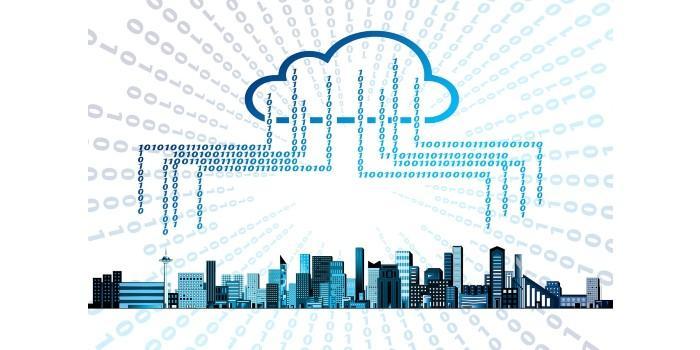 The implementation of the Internet of Things in the HVAC industry is just beginning to be understood and taken into account in the projects. In this article we delve into the subject.

In the first part of this article we talk about what the cloud is and about the implementation of IoT in BMS and challenges it faces. Now we will delve into the advantages of using the cloud and the challenges that BMS platforms have to correctly implement systems in the cloud.

Advantages of having the information in the cloud
If the Internet connection is temporarily lost, the controller stores the data until the connection is restored. This allows you to have drivers with lower memory requirements and lower installation costs.

Having the systems connected to the cloud has advantages that go far beyond remote monitoring: the first and perhaps the one that has the most impact on the operation is connectivity with multiple sites, such as retail warehouses, restaurant chains, bank branches, etc. The user can see from a single screen, on a map, the operation and alarm status of all systems. Achieving this with a conventional system requires a large investment in communication networks, servers, specialized software and highly qualified personnel.

When systems are all in a single cloud from a single click you can make global changes of schedules or set points. Another important part of cloud services is the storage of large amounts of data, and better yet, the analysis of all this information, which is called Big Data. A typical example is Waze, which stores the route data of hundreds of drivers, analyzes it, and suggests routes according to this analysis.

In the cloud, in addition to storing data, control sequences can also be executed, having information on operation, electricity consumption, alarms, etc. of the equipment and conditions within the buildings, the system can make correlations with this information and execute electricity saving strategies.

Users with multiple buildings can establish a baseline of electricity consumption per square meter calculated with data from all their buildings and compare them against this reference; if any building deviates, the system can automatically take measures, such as limiting the use of compressors or disabling luminaire circuits to maintain electricity consumption within the established parameters or generate a diagnosis.

Equipment manufacturers can use this analysis to improve their systems and/or offer maintenance solutions.

One of the services of cloud platforms are artificial intelligence engines that even use natural language processing (NLP) in conjunction with stored data. In these systems the user can talk to a device and the system can answer with voice about the question, this is how Amazon's Alexa works, but Artificial Intelligence (AI) goes much further: IBM's Watson through questions and comparing previous answers to similar questions can learn to diagnose a medical problem with high precision. The same can be done with fault diagnosis in a centrifugal cooler with electromagnetic bearings; the level of knowledge to work on a team like this is high, but with an AI tool a junior engineer can easily solve a problem remotely, by calling a service center.

HVAC equipment manufacturers have taken the lead in IoT implementation and have developed platforms to upload and monitor water coolers, roof equipment, Variable Refrigerant Volume and even "Mini-Splits" to access them in the cloud and offer multiple options for monitoring, control and data analysis. Some even go beyond remote connectivity and have included fault diagnosis tools using artificial intelligence and Big Data.

An example of this is Daikin, with its Intelligent Equipment platform, which allows re-commissioning of chillers and applied roof equipment. The manufacturer of Air Conditioning systems Daikin uses IoT to diagnose its equipment by executing a 300-point inspection and with the analysis of the result of the inspection, executes improvements in the operation, all from the cloud. Another example is Belimo's Energy Valve, which can connect to the cloud and stores and shares data with other systems directly from the cloud without using additional BMS points.

BMS platforms face some challenges in implementing cloud systems: The first big challenge for building systems is the number of points that are transmitted and their organization. In BMS systems, automation protocols such as BACnet or Modbus, among others, are used, which are responsible for grouping points or objects according to their origin or function regardless of the name assigned to them by the programmer.

For example, points belonging to an air handler will have as an identifier the same instance of the controller to which they belong as part of the properties of the point, according to the BACnet specification, but in order to upload the information to the cloud it must be translated into a format that the cloud understands, which could be JSON or XML. These are formats of information packets, typical of data management on the Internet that when converted a lot of information about the properties of the points is lost, losing their identification when they are stored. To solve this, tags can be attached to the points, similar to the # hashtags of Twitter or Instagram photos. With these tags you can group the points according to their function, location, controller to which they belong, etc. to have homogeneous names and prevent each programmer from using their own tags.

An initiative called Project HayStack (https://project-haystack.org/) has been created that aims to develop a tag library in such a way that labeling is standard no matter which programmer and system is used. With Haystack's tagging system, a retail store manager can do a search with "#energy" and the result is information from all the electric meters in their buildings. This greatly facilitates the analysis of information, compared to traditional systems that have to manually map each point you want to analyze.

Project Haystack involves several BMS systems companies and organizations such as Siemens, Tridium, CABA, Intelligent Buildings, KMC, among others, with new members joining every day.
Another challenge is the creation of the graphical navigation interface; in a control system must be displayed, in addition to the screens with information of the equipment, the plans of the floors of the building with information specific to them, such as zone temperatures, lighting status, etc. Graphic elements must be added that allow the visualization of the conditions in each zone and the navigation between the different screens. Each value or state shown in the graph is manually mapped to a BACnet point on the system.
The latest developments in control platforms are focused on making graphic navigation screens more friendly to web environments, for which web development technologies such as HTML5 are being used that allows the same web page to adjust its resolution to different sizes of devices (PC, Tablet, mobile phone, etc).

In a traditional system these pages are created with dedicated tools typical of BMS and are displayed locally by the building controller using values obtained via BACnet. To create these graphs with custom drawings on a cloud web page and map the system points on them requires software development knowledge that is not typical for BMS engineers.

To facilitate the implementation of the graphical interface, some companies that offer BMS solutions in the cloud, completely eliminate graphical navigation and have developed other methods to display the information such as Dashboards and / or pivot tables. Other companies such as J2 Innovations with its Finn Stack product and DGLogik with DGLux have created software tools to facilitate the creation of custom graphs in the cloud, but they are still complex tools with a high learning curve.

A great benefit of having the information in the cloud is that the data can be shared between clouds, for which software development tools such as API (Application Programming Interface) are used, the most common being REST APIs that use standard HTTP commands (language used to transmit information on the Internet). A cloud can get information from another cloud or my App can pull information from the Internet; for example, my system can ask a weather service via API for weather conditions and use that information to optimize the use of air conditioning or modulate the intensity of the luminaires.

A local application can also share data via API to a cloud system, in a hotel the guest management system can send the HVAC system that is in the cloud, occupancy information about a room and with this information configure the temperature set points. Drivers like Distech's Eclypse line have a native REST API and all driver information, its applications, and its points can be read and shared using the REST API without using BACnet. With this information you can create Apps for mobile devices that connect directly to the controller via wi-fi, share the data with other systems or connect them directly to a cloud platform.

Much remains to be said about this topic and what we presented here is only a brief introduction. Really in the BMS industry we are just discovering everything we can do with the services provided by cloud providers in matters of Big Data, Artificial Intelligence, natural language processing, etc.

There are other industries such as "Smart Homes" or IIoT (Industrial Internet of Things) that take us a lot of advantage in the use of these platforms. Short-term developments in BMS systems will focus on moving systems to the cloud and taking advantage of the advantages that cloud service providers offer.

Very soon each air conditioner or luminaire will be connected to the cloud individually without being connected in a local network, as is done today and the functions of the building controller will be performed directly in the cloud. Maybe we'll eliminate motion sensors and instead use Geofencing, systems are likely to use Big Data to learn from building occupancy patterns and enable air systems according to these patterns. What is coming in the future in the world of BMS is very interesting and everything will be connected in the cloud.

No thoughts on “IoT and Building Automation (II)”