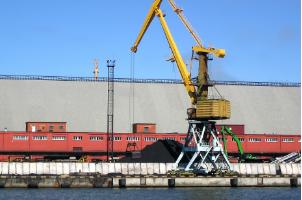 The Colombia-U.S. FTA has not yet yielded clear results for our industry. However, companies seem to be preparing to face the competition that lies ahead. by Duván Chaverra Agudelo


Just over seven months ago, Colombia and the United States approved the Free Trade Agreement, an agreement that facilitates the export and import of all products and seeks to improve trade relations between the two countries. As is well known, part of the air conditioning and refrigeration sector in Colombia is nourished by the equipment provided by the Americans, although it should be noted that the South American country also has important domestic manufacturing plants, but imports of the devices are weak. If we go to the general figures, according to the electronic records of the Dian (Directorate of National Taxes and Customs of Colombia), exports of Colombian products to the United States, not including oil, increased 17.4% between May 15 and November 24, 2012, compared to the same period in 2011. As for imports, growth has been moderate, with 3.2%. According to the office for the use of the FTA with the U.S., in its 2011 report on the market for household appliances, commercial and residential air conditioning and refrigeration equipment are part of the products of greater export that Colombia has for the world. "Refrigerator and freezer combinations with separate exterior doors, furniture for the conservation and exhibition of products, incorporating refrigeration or freezing equipment, air conditioning machines and appliances, and home stoves. These four items totaled about US$103 million, and represented, in 2011, about 67% of total exports," the report says. However, the figures are noticeably reduced when talking about the specific market of the United States. In 2011, of US$153 million exported, only 3.5% went to the US market. By subsectors, it is found that the share of the United States in Colombia's exports is, for refrigerators and the like, 1.1%, for air conditioners 5.8%. Likewise, air conditioning and refrigeration parts make up the range of products most exported to the U.S., which total less than US $ 2 million, that is, it only makes up 0.02% of U.S. imports in the products that export the most. These results motivated the Colombian government to seek agreements to carry out the FTA, as they saw it as a great opportunity to improve local market conditions. Industry Opinions
According to our three guests, NAFTA is viewed favorably and as an opportunity to increase trade. Juan Pablo Guerrero, Chief Executive Officer of FG Ingenieros and member of the Colombia Chapter of ASHRAE, said that "over the years, the world has consolidated an eagerness for the elimination of borders. We find more and more free trade agreements between countries, which has forced to professionalize the industry, applying reengineering in the processes, and implementing guides, standards and quality norms. Ultimately, the beneficiaries of this process are all of us, both entrepreneurs and consumers. Entrepreneurs are finding new business opportunities every time, new opportunities to grow." For her part, Paola Hernández Castillo, sales representative for Colombia of Trox Latin America, commented that "the treaties are of benefit because they offer the opportunity for each country and its people to have access to the best products already developed in the world and with the economy of scale, they arrive at very attractive prices".


Similarly, Martín Botero, general manager of TMV Ingeniería, also sees the agreement as positive. A great job opportunity opens, the FTA has always been seen as a negotiation in which items are brought, but spare parts and parts will also arrive for the manufacture of domestic products, which will open and generate more jobs in companies that have demands in HVAC / R; there is a great possibility of expanding the business because more companies are going to be generated and the market would grow." The transformation of companies
Everything seems to indicate that 2013 will be key for Colombian companies. Our guests believe that nafta will force domestic companies to modify their strategies and look for new businesses. "As for the HVAC/R industry, it's time to reinvent. Equipment manufacturers should focus on obtaining representations of brands interested in penetrating the Colombian market. It is obviously a step that requires commercial personnel to be sufficiently trained in technical engineering issues. Fortunately, we can rely on associations like Acaire and societies like ASHRAE," said Juan Pablo. He added that the agreement will improve foreign investment which will allow consultants and contractors a great opportunity to do business. But it will weaken already brief domestic exports. "Thinking about the export of equipment, we must accept that it is difficult for those of Colombian origin to compete with foreign technologies in the United States." For his part, Martín Botero believes that there will be business opportunities for Colombian brands. "In the import of spare parts, costs would fall and these companies would have a greater utility because the product would be cheaper and could be exported, since this would allow them to compete because the acquisition of the raw material is improved." The TMV manager gave an example of what his company does for it. "We have links with the suppliers of parts, that relationship is improving;  we are in a certification process because when the cost of materials changes, we will find competition, but we see it as a business opportunity." Adapting to the competition
The member of the Colombia Chapter of Ashrae thinks that the FTA is the perfect opportunity "for the little ones to stop being small", although even this agreement is very recent and the results will take a while to happen, companies must be prepared. "We are close to one year since the FTA with the United States came into force, however we are still in the first stage of the process: The stage of nervousness. It is natural for entrepreneurs to feel uncertainty, but this will be mitigated with the passing of the days. The opportunities will become evident. For example, Colombia is a country rich in perishable products, which means that there is a great opportunity for those who focus on issues such as ensuring the cold chain. On the other hand, we hope that the construction of air-conditioned spaces such as hotels and offices will continue to grow, seeking to consolidate Colombia as an international business platform," said the representative of FG Ingenieros. Meanwhile, Paola Hernández, from Trox Latin America, is clear about the adaptation that local companies will have to make: "Small companies will have to adapt to strong international competition as customers realize the advantages offered by larger companies, that includes a very high level of technology."


On this same point, Martín said that "I do not think that companies will disappear, because there is still a large market of informality, but I think that it will affect them, perhaps some companies of a medium size may weaken because they will not have how to run the business." Prices
Paola Hernández commented on whether the FTA will affect prices in the commercialization of the different products related to the industry: "Yes, in our case, the products that are manufactured in the United States will be more attractive, and very soon we will have a wide range of production managed there through Trox Latin America. Likewise, if we decide to produce a line of products, we can also benefit from the FTA." The issue of tariffs also plays an important role, as Martín Botero commented: "The tariff dismantling will be gradual and as it occurs it will be beneficial for the buyer, since it is the volume of purchase or negotiation capacity that makes the difference in costs. We will analyze how the FTA is taking place and how we negotiate with the base supplier or manufacturer, which is the one that manages to put certain brands on the market, and has a cost difference compared to the distributor." In conclusion, it seems that the little more than six months of validity that the FTA has only allow speculation. The results of this treaty in our industry will begin to be clearly seen from the year 2014. At the moment the atmosphere seems to be calm, an optimal time for companies to work on their strategies and get the most out of this agreement. Colombia also works on free trade agreements with regions such as the European Union, South Korea, Panama and Turkey; and there are advances with other countries such as China and Japan.To highlight
Keys to the competition
Juan Pablo Guerrero, Chief Executive Officer of FG Ingerieros and member of the Colombia Chapter of ASHRAE, highlights some points to keep in mind to stay competitive against manufacturers in the United States. "For those who manufacture equipment in Colombia, and are going to compete against U.S. manufacturers in the Colombian market, they must have as a competition strategy, to provide added values to end users. After-sales services open the way for us to design added values. After-sales service is synonymous with backup, and it is backup that interests the end user. For example, maintenance is an after-sales service that must be provided by the manufacturer, since it is he who knows the equipment best. The more professional this service is, the better the chances to compete." Likewise, the guest concluded by adding that "when an end user acquires an HVAC/R system, he must be clear that he is initiating a long-term relationship with the person who supplies the equipment, and before making the purchase decision, he must be sure that the firm that is supplying the equipment has the capacity to provide a quality after-sales service."

No thoughts on “With the FTA in Colombia, bets open”