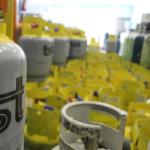 Japan. Daikin announced that it has among its immediate plans to switch to R32 refrigerant and replace the current R410A.


The company believes that HFC32 is suitable for split air conditioning equipment and heat pumps and that it plans to introduce refrigerant to all models of residential air conditioners launched in Japan from autumn 2012 and then extend its use to all commercial air conditioner equipment in the future. R32 is a component with zero ODP gas and GWP of 550, significantly less than the 1,980 of R410A. It is classified as A2, or moderately flammable, under the ashrae classification. The R401A is a mixture of R32 and R125. Daikin says he considers HFC32 "to be the most suitable refrigerant for split air conditioners and heat pumps, following research that took a comprehensive look at the next generation of candidates such as natural refrigerants and HFCs. The company has decided to market air conditioning equipment with HFC32."

No thoughts on “Daikin leans towards R32 refrigerant”