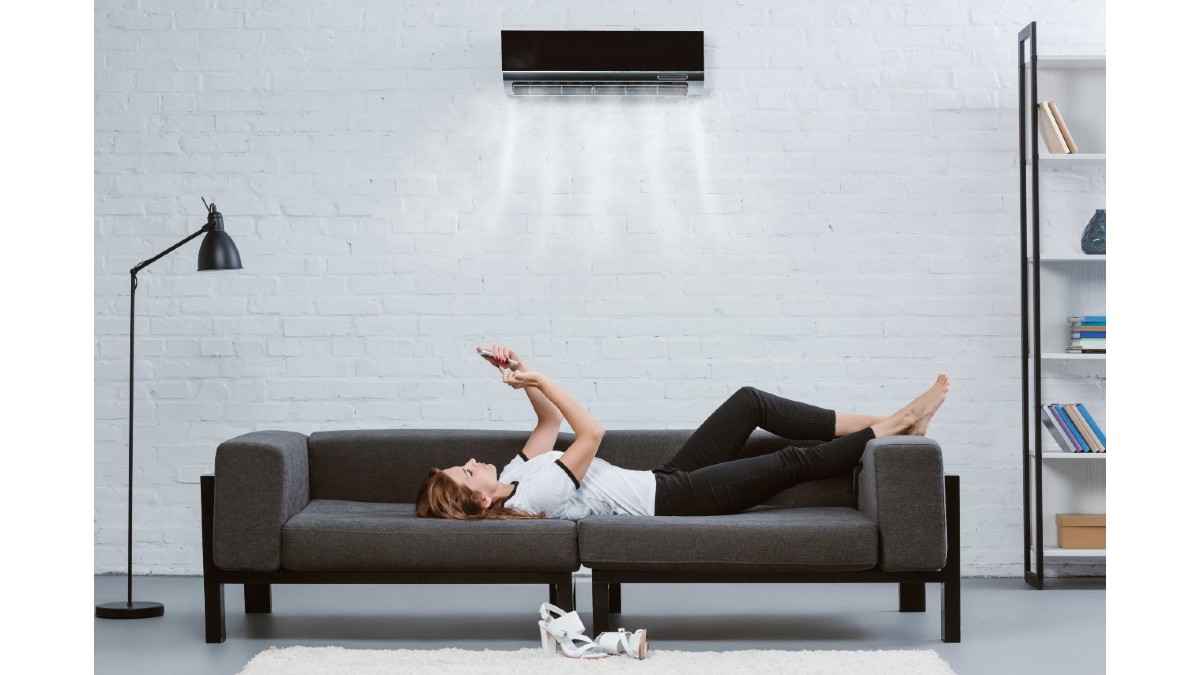 What the air conditioning and refrigeration guild should do to mitigate climate change.

Climate change has become the main problem facing humanity at this time, but it is not generally perceived as such. The economy, war, geopolitical conflicts and hundreds of lightness occupy more the interest of that humanity, which is under the sword of Damocles and on its way to self-destruction, which would make it the first species to self-destruct.

The thawing of the poles and glaciers in the world are scientific, media and precisely documented facts, which have been producing sea level rise, with all the damages that this entails.

In addition, ocean waters have warmed, causing more frequent terribly destructive phenomena such as hurricanes, tornadoes, monsoons, all kinds of tropical storms and increasing intensity. The floods and droughts that occur generate destruction, death and hunger that then lead to migrations of millions of people in the world.

I agree with thousands of scientists who conclude that this climate crisis, produced in large proportion by excessive energy consumption, most of it based on the combustion of hydrocarbons, highly polluting and harmful to the environment.

Our guild of Air Conditioning & Refrigeration, without ignoring all the benefits it brings to humanity, consumes huge amounts of energy, as I said largely from hydrocarbons and, therefore, here we have a great opportunity for improvement, insisting that it is an inescapable obligation that we have as professionals, human beings (and grandfather, in my case). 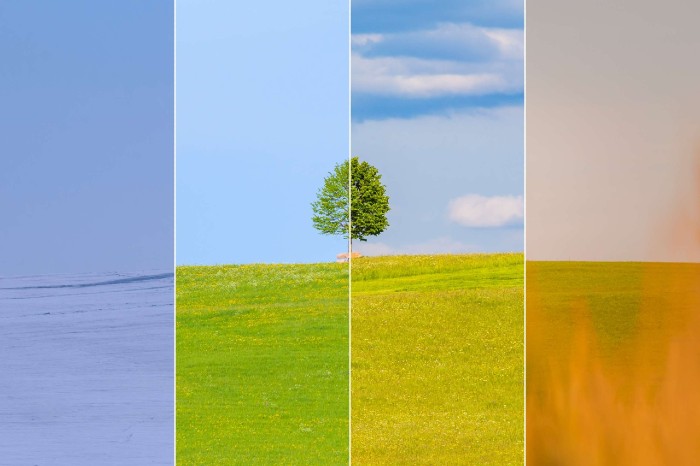 In all projects we must be aware to achieve:
* Maximum Energy Efficiency
* Minimum Impact on the Environment
* Compliance with Specifications
* O&M: Ease of Operation and Maintainability
* Stability during its Life Cycle

For the above, it is required that in any project there is a CONTROL STRATEGY to achieve the minimum consumption of electrical energy, making said consumption conform as exactly as possible to the variation of thermal load demand, due to occupation and changes in the conditions of temperature and relative humidity outside by the microclimate, with the support of the control of the chillers and their pumps, UMAs and their fans, condensers and their fans or pumps so that they achieve their optimal operating point.

The benefits that are achieved, among others, are the following:
1. Significantly reduced energy consumption
2. Suppression of condensation water consumption and its treatment, since air condensation chillers are used, for example, with speed variation in their compressors and fans.
3. Appreciable decrease in the maintenance of obsolete chillers and discreetly located on campuses, or cities.
4. It is available area occupied by chillers, who unsubscribe, for activities of the companies or institutions in them.
5. Noise is removed from areas, with a very favorable intangible for their activities.
It contributes significantly to the mitigation of climate change. Projects have a return on investment that is considered favorable.

For the execution of projects, the ASHRAE 202 – 2018 standard should be used to design, build, operate and maintain HVAC projects, and is defined as "a quality-oriented process to optimize the delivery of a project. The process focuses on evaluating and documenting that all systems and assemblies are planned, designed, installed, tested, operated and maintained, meeting the Owner's Requirements for the Project."

There are four very defined phases in any project that must have a quality assurance process:
* Pre-design
* Design
* Construction
* Operation and Maintenance 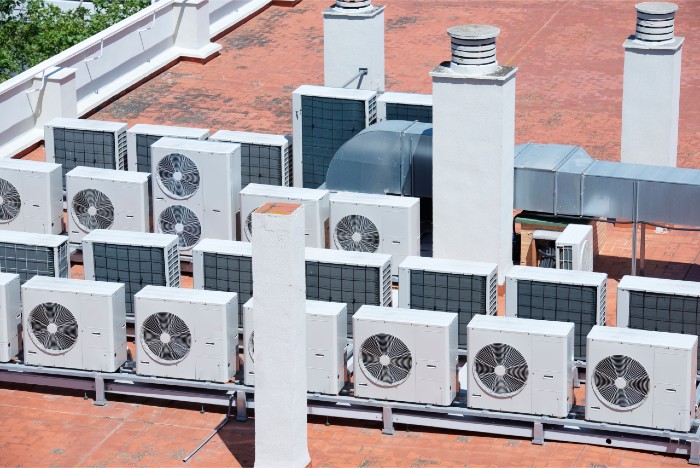 In the Specialization of Air Conditioning & Refrigeration of the UIS (Industrial University of Santander) in Bucaramanga Colombia, I teach the subject of Project Management in that field, which is usually very well qualified. And of course it is the methodology that I use to manage the projects in my charge, because the "cure preaches and applies it" !!!

As for Engineering Education it is necessary to review the academic programs associated with all subjects of Thermal Engineering, which are required to design, install, maintain and properly operate air conditioning systems.

I think at least in my country; the faculties of Mechanical Engineering have neglected this training and have made it extremely "light", which I notice when my students, who I am often in charge of, I put them to solve problems that imply a deeper knowledge than they receive from the design programs and / or selection of equipment, which translates into a poor quality of their designs and / or selections.

We must recover the profound demand in physics and its mathematics for engineers, with which we were trained in my generation before entering the theoretical, theoretical-practical and applied subjects of Thermal Engineering, closely related to the processes of Air Conditioning.

Rules and Regulations
On the subject of Regulations and Regulations, we are at zero in Latin America (except Brazil), as far as air conditioning is concerned, I would like to be wrong and that some association of any country contradicts me and shares its rules and regulations. In 2010 I ran and was elected to the presidency of ACAIRE, with two specific purposes: one to found the ICAIRE, an institute for training in Air Conditioning & Refrigeration in the image of SENAI, from Brazil, which I could not conclude; the other to approve a regulation for thermal installations in buildings based on the Spanish RITE, which generously authorized me ATECYR to do.

With a group of 14 very high-level engineers and after more than 3,000 hours of ad honorem work (at ACIEM rate, it would be worth about US$300,000) it was completed and presented to four ministries in Colombia, and this is the hour that has not been approved. The Ministry of Mines and Energies has made a pantomime with a bodrio, which is of absolute lightness and uselessness and a huge amount has been spent on fees, for no reason.

In view of the fact that it is still a priority to have this Mandatory Compliance Regulation, I considered it my duty to return to the subject and try at least to have a standard at the Latin American level, for thermal installations and I am proposing it through the FAIAR (Ibero-American Federation of Air Conditioning and Refrigeration Associations). I am already setting up a team of trainee engineers from several countries with great experience in the field and in the subject of rules and regulations. Let us hope that this initiative will be consolidated.

Another aspect in this regard is the need to certify engineers, as ASHRAE does so professionally, but as long as we do not solve the previous two issues, this task would not make much sense.

Finally, I must say that the C&R Guild cannot continue to make itself like the one that "does not see, hear, or understand", with these issues, especially with the attenuation of Climate Change.

We must act now, future generations will demand it! 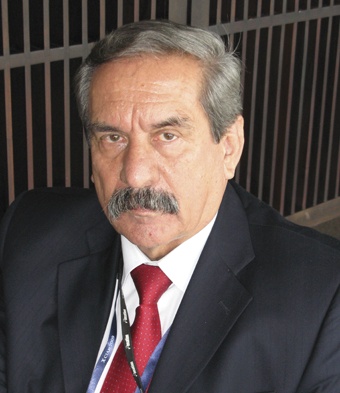 * Camilo Botero was Secretary of the Federation of Ibero-American Associations of Air Conditioning and Refrigeration - FAIAR; he was president of ACAIRE and is president of Camilo Botero Ingenieros Consultores Ltda. He is currently a professor at their CBG Academy.He has also worked as a teacher in several Colombian universities, guilds and currently in ACAIRE in diploma courses of air conditioning projects, energy efficiency in air conditioning and refrigeration, cogeneration and trigeneration, applied psychometrics, thermodynamics, fluid mechanics, heat transfer and turbomachinery.
cbg@cbgingenieria.com

No thoughts on “Climate Change and the HVAC/R Industry”