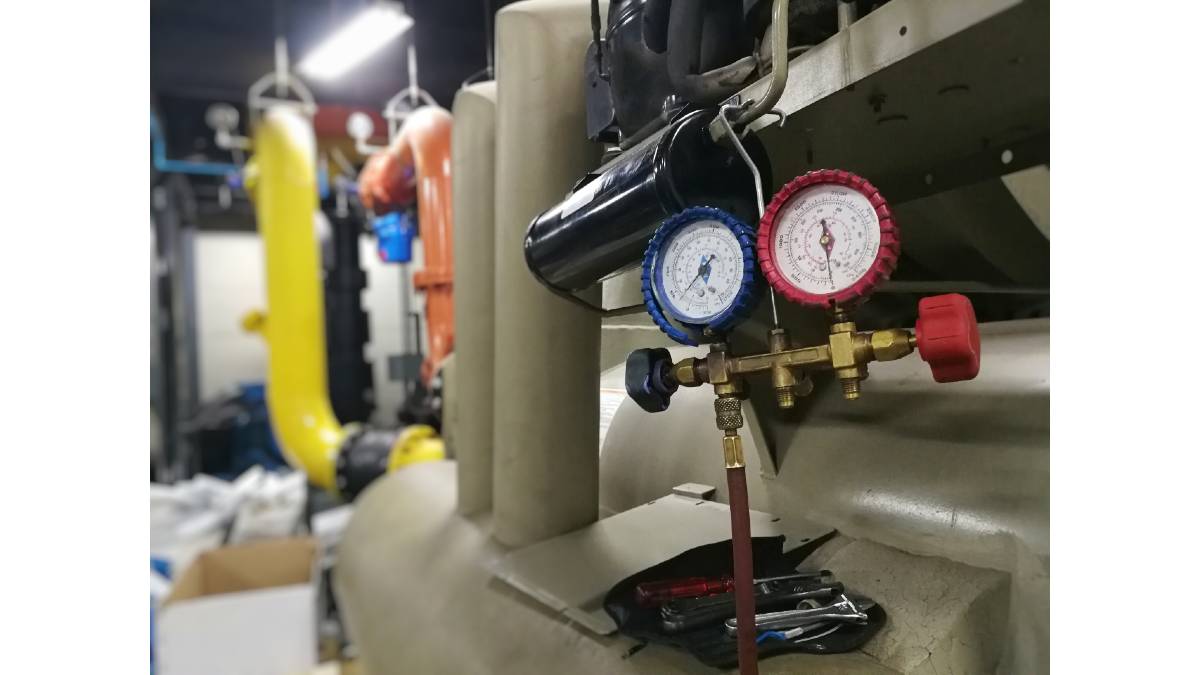 Recommendations and analysis to correctly implement this kind of alternatives to avoid refrigerant leaks.

One of the most common failures in refrigeration and air conditioning systems and that generate high costs and rework is represented by microfuges, which can be the product of imperfect connections, welding with pores or even wear of materials due to corrosion effects.

In many cases technicians and professionals use the procedure established in a new installation or in repairs in the replacement of components such as valves, compressors or defective connections, however, when performing periodic inspections decreases in system pressures are detected and no apparent marks of leaks are observed, such as oil or even using electronic leak detectors or the simplest such as soapy foam.

For the detection of leaks or losses of the system, professionals in the field apply oils with fluorescent additives and with the help of UV lamps and special lenses try to visualize the possible leaks of the system.

During repairs you can also apply the recommended vacuum for each system and pressurize as recommended with nitrogen at a certain pressure and wait at least 24 to 48 hours to observe if there is any pressure loss in the system.

As a last option and after executing the established procedures, the placement of so-called leak sealants is evaluated. For years, engineers were very skeptical about the potential of refrigerant leak sealants to actually seal a leak. Whenever manufacturers were asked for information, what was obtained were testimonials that the product worked, but never data that proved its effectiveness in sealing leaks or about the size of leaks that could be sealed.

Finding and repairing, effectively, small leaks of refrigerant fluids in refrigeration and air conditioning systems is an expensive and lengthy process for refrigerators.

Methods
In recent years, several methods have been used to seal these leaks. Among the most common is the use of polymers designed to interact with oxygen or moisture.

In this type of application, polymeric macromolecules are injected into the system and, upon contact with atmospheric oxygen or water vapor at a leakage site, activate the glue at that point and form a seal over the area in contact with air.

However, the introduction of polymers into refrigeration circuits can cause serious problems, including burning the compressor. This occurs because their macromolecules are often larger than the chemical elements of the refrigerant and therefore end up creating "obstacles" that reduce their flow.

Because these types of sealants are commonly used, we consider it important to determine their effectiveness. While there are many brands to choose from, it is important to understand that all sealants are derived from essentially the same formula.

The formula is derived from the expired patent number 4,237,172, which was granted to Joseph J. Packo in 1980. Mr. Packo discovered that aminosilane mixtures can be used as leak sealants in pipes. The reaction that seals the leaks is triggered by exposure to atmospheric moisture at the leak site.

While the formulation of the leak sealant is straightforward and chemicals are available, the cost of some leak sealing products can be incredibly steep for technicians. Therefore, we decided to carry out a complete investigation of the chemistry of leak sealants to determine their effectiveness and if there is any effect that acts to the detriment of the reliability of the system. Our hypothesis is that if sealants really work, we should set the limits of their usefulness and offer a less expensive alternative to the onerous products that currently exist on the market.

Analysis of leak sealants
It is important to note that all manufacturers agree that the use of a leak sealant is a last resort when all other attempts to find a leak have been ineffective and that these sealants should preferably be used on old equipment, in which it is not worth investing much in repairs. Never add a leak sealant to a new system as part of a preventive maintenance program.

All leak sealants react to water, so all manufacturers agree that they should not be used in systems that contain too much water. Tecumseh's guidance for the use of R-410A states that 80 parts per million (ppm) is the maximum permissible humidity threshold in a system.

The AHRI 700 purity standard for the maximum water level in new refrigerant R-22, R-404, R-407 or R-410A is 10 ppm. However, POE oil can contain up to 2,500 ppm of water, so if you don't use a drying agent, you can have "too much water" in your system quite easily. We then define 100 ppm as the maximum moisture content in the system and conduct all our durability tests with that amount of water in the system.

The durability test with this moisture range represents much more water than would be found in a system after using a drying agent. Therefore, in addition to sealing capacity, we had to determine whether the use of a sealant could cause plugging in an expansion device or ruin a compressor when there was 100 ppm of water in the system. The use of a drying agent is critical to ensure that there is no presence of water in the coolant or oil, which could react negatively with the sealant.

Sealing tests
For initial testing of leak sealants, along with a mixture of oil and refrigerant in a reservoir connected to a calibrated leak source, with a leakage rate of 5.8 pounds per year when loaded with dry R-410A refrigerant. The steam leak was created by attaching to the reservoir a capillary tube of 15 microns of internal diameter open to the atmosphere. Temperature and relative humidity remained at 70ºF and 60%, respectively.

The leak was completely sealed in less than 5 hours in the presence of the leak sealant. Tank weight loss due to pressure loss was used to accurately determine the leakage rate based on the time the tank spent with and without sealant. No moisture was added to the coolant.
Given the positive results of these preliminary experiments, the next natural step was to evaluate the sealing capacity in operating vapor compression systems. An air conditioning system loaded with R-410A was fixed with three identical leaks of 5 microns internal diameter, one in the high-pressure steam line, one in the low-pressure steam line, and the third in the high-pressure liquid line.

These leaks correspond to a total combined leakage rate of approximately 0.3 pounds per year. It was added to the system and the unit remained in continuous operation for the duration of the test. A refrigerant detector was used to determine if the leaks had been sealed. The three leaks were completely sealed within 10 days of operation. These tests were carried out with an existing product on the market.

In addition to the continuous operation tests described, a second round of tests was carried out with the compressor operating intermittently.

Based on these preliminary results, everything seems to indicate that the most difficult leaks to seal are those of the liquid line. One of the capillary tubes connected to the steam line was observed with the help of a microscope 100x magnification.

Long-term review and inspection
Since all leak sealants react to water, the concern that limits their durability is the reaction of the sealant to the existing water in the system, which could produce particles that clog the expansion device or introduce wear particles into the lubricant. Since it is an effective drying agent, humidity levels in the system should never reach 100 ppm when used properly, so a humidity level of 100 ppm represents the worst operating condition.

While the leak sealer has been shown to seal in a range of hundreds of hours, our durability test has already surpassed thousands of hours of continuous, fault-free operation. Although the durability test continues, the test so far has already exceeded the time it takes for the leak sealer to react to system moisture and plug the expansion device or create wear particles in the lubricant. As of press time, the two systems (the R-22 operating and R-410A) have been around for thousands of continuous hours with no observable degradation in the lubricant.

While testing is still underway, these preliminary results are sufficient to show that the leak sealer completely plugs leaks in steam lines up to 5.8 pounds per year; however, leaks in the liquid line greater than 0.1 pounds per year may not seal completely.
The sealant application process can take about 10 minutes, but it can take up to a week for the leak to fully seal. Higher oil circulation rates and higher system temperatures (and possibly higher humidity) could accelerate the sealing rate, but this is not yet confirmed.

Finding and repairing, effectively, small leaks of refrigerant fluids in refrigeration and air conditioning systems is an expensive and lengthy process for refrigerators.

In short, polymers are able to plug the capillary tubes, showing that this type of solution can give more headaches than many people imagine.

Establish procedures
For this reason, a standard of the American Association of Heating, Refrigeration and Air Conditioning Engineers (ASHRAE 97) establishes the test procedures to confirm whether a chemical additive is compatible with the refrigerated fluid in the different possible temperature ranges in the refrigeration cycle.

According to Professor Oswaldo de Siqueira Bueno, the tests carried out in accordance with ASHRAE 97 check whether a certain material can be used in a refrigeration and air conditioning system without altering its properties over time. "It is a guarantee that there will be no chemical reaction that harms the operation of the refrigeration unit," he summarizes.

In addition to ASHRAE 97, these technologies must meet the requirements of RoHS, a European directive that prohibits the use of hazardous chemicals in product formulations.

When the product is exposed to an environment where there is a significant drop in pressure and temperature, a crust-like seal begins to form above the vanishing point. The sealant then continues to spread across the outer area of the leak site until the sealing is complete.

In addition to reducing costs by replenishing gases that affect the planet's climate, this innovation adds lifespan to older systems that have microvazations.

To calculate this limit, refrigerators must pressurize the refrigeration circuit with nitrogen and wait 15 minutes before applying it. If the system loses 15 psi of pressure in that time, i.e. 1 psi per minute, on average, the additive will not work.

In addition to ASHRAE 97, these sealing additives meet the requirements of RoHS (Restriction of Certain Hazardous Substances), a European directive that prohibits the use of substances such as cadmium, mercury and hexavalent chromium, among other hazardous chemical elements, from materials.

These products must also have the PB-Lead Free, certified that attests to the absence of lead in their formulation, as well as approvals from refrigerated fluid manufacturers and equipment industries, such as Whirlpool, Copeland, Carrier, Fujitsu, Embraco, Tecumseh, Emerson and Bitzer among other brands of global reputation.

With all the above, however we must be attentive after the application of these products to verify the operability of the system and that there are no disturbances in the internal components such as expansion valves, controls, regulators and compressors, and most importantly to ensure that everything is working according to the rules and procedures with a good vacuum that removes the maximum air and humidity from the system, which will allow these products not to react within the system affecting the flow of refrigerant and the correct functioning of the equipment. And finally read the indications of the manufacturer of the product since it depends a lot on the necessary amount of these additives according to the capacity of the system in tons of refrigeration. 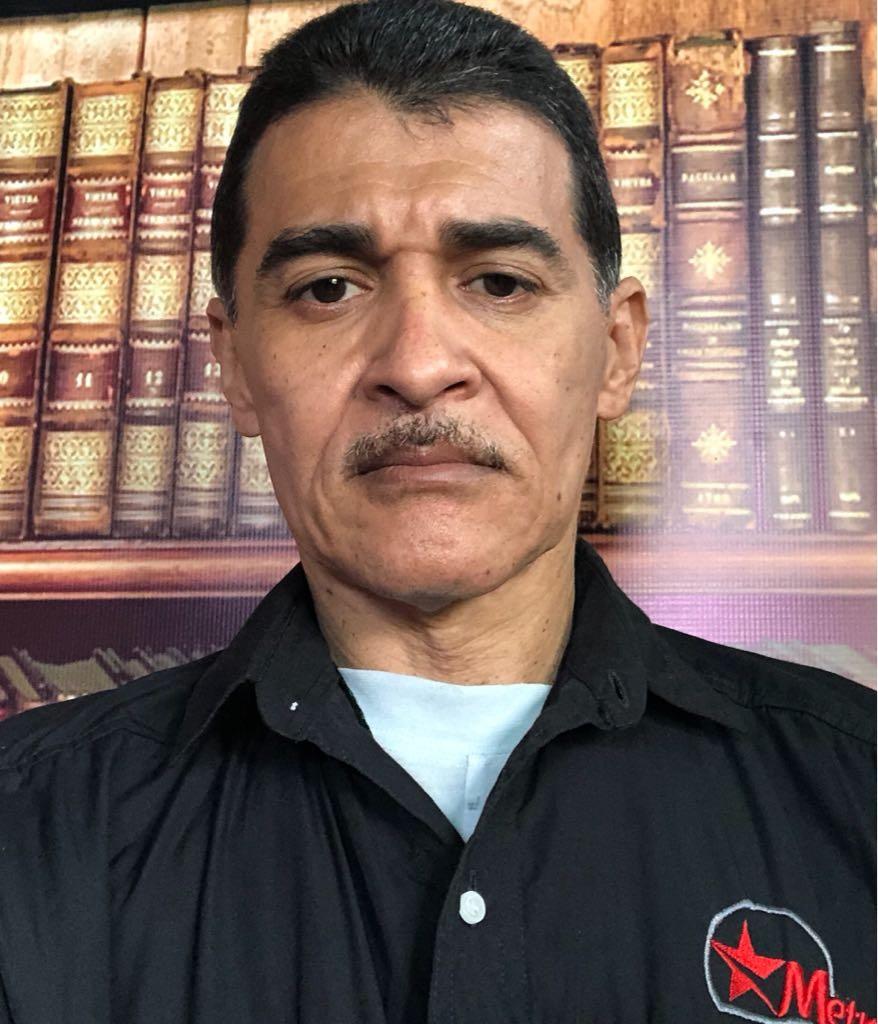 * Jimy Danelli is an air conditioning and refrigeration maintenance consultant. You can write to the email: jdanelli36@gmail.com

One thought on “Leak sealants for refrigeration and air conditioning systems”