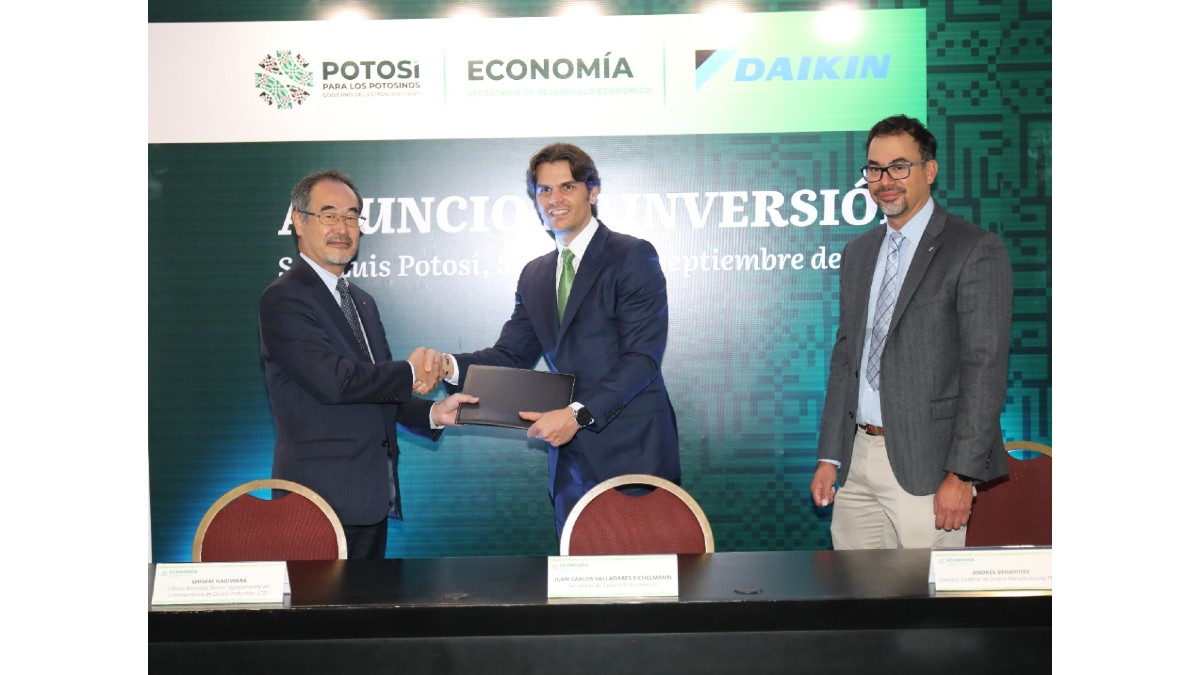 Mexico. San Luis Potosi will be the state where Daikin will build its new eleven-hectare manufacturing plant, which is estimated to be worth US$300 million and generate around 2,500 jobs for this new space that will begin operations in 2024.

The investment announcement ceremony was attended by the Secretary of Economic Development of the Government of the State of San Luis Potosí, Juan Carlos Valladares Eichelmann, as well as the executives, Shigeki Hagiwara, Senior Associate Officer, Representative of Latin America, Daikin Industries, LTD and Andrés Benavides, General Director of Daikin Manufacturing Mexico. Daikin's investment in San Luis Potosi is part of the company's growth strategy in response to growing product demand in Latin America and North America.

"Regional production, innovation, Japanese quality and also the strengthening of links with society in the countries where we have a presence, will make Daikin the leader of the HVAC industry in Latin America and North America," said Shigeki Hagiwara, while Andrés Benavides added that this new factory will produce residential and commercial products, both with innovative and sustainable technologies.

The Secretary of Economic Development of the State Government, Juan Carlos Valladares Eichelmann, emphasized that "this new investment by Daikin sets an important precedent to achieve the objective set by Governor Ricardo Gallardo Cardona to position San Luis Potosí as the best state to invest in Mexico; at the same time, to promote the expansion and growth of companies that are currently in Potosi territory."

No thoughts on “San Luis Potosi, headquarters of Daikin's second plant in Mexico”