With the process of removing polluting refrigerants, the air conditioning and refrigeration sector is tasked with 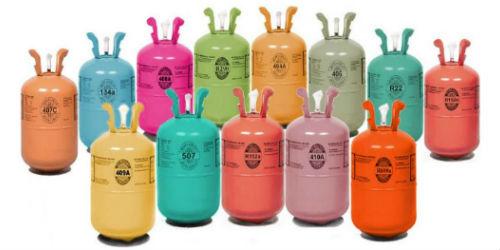 adapting to refrigerants that will replace the old-fashioned ones.

This question has recently circulated among those of us in the refrigeration and air conditioning industry. It is well known that in the systems there are refrigerant leaks, either when giving a service in which the refrigerant is not recovered, due to bad practices when making the installations, vibration, etc. One reality is that synthetic refrigerants are greenhouse gases (GHGs), and that they are also short-lived climate pollutants. These pollutants are substances such as methane, black carbon and hydrofluorocarbon (HFC) refrigerants that, although relatively short in life in the atmosphere, have a significant impact on it.

HFCs are potent GHGs, with an atmospheric life of up to 15 years. Atmospheric measurements show that HFC volumes represent less than 1%, however, their presence increases at an estimated rate of between 10% and 15% annually. The reason for the increase is because we are using them as alternative refrigerants to replace refrigerants classified as ozone-depleting substances such as: Chlorofluorocarbons CFCs and HCFCs. Substances currently phased out or in the process of being phased out under the mandate of the Montreal Protocol.

Significant growth in HFC use in developing countries is also to be expected due to population growth, rapid urbanization, electrification and changes in consumption patterns. Increased use of refrigerants will also result in increased emissions from energy consumption and greenhouse gases. If no action is taken, HFCs are estimated to account for 19.9% of total CO2 equivalent emissions by 2050.

At the COP21 Conference of the Parties, an event that took place in Paris France in December 2015, and which was attended by the Climate and Clean Air Coalition (CCAC) to discuss actions that reduce air pollution in the world. He highlighted the report on the gradual reduction of hydrofluorocarbon (HFC) refrigerants. It was agreed that HFCs will have to reduce their production and use by 30 to 50% in the next 10 years, especially in maintenance and service applications, so other alternative refrigerants will have to be used in systems that require it.

On the first of January 2015, the European Union began its process of eliminating HFC refrigerants with the implementation of the regulation "F-Gas 517/2014" which establishes the 10-year calendar. This consists of ceasing to use the synthetic HFC refrigerants of High Global Warming Potential (GWP). This "F-Gas" calendar is accompanied by an inspection to locate leaks as mandatory. Additionally, refrigerants are subject to the payment of a tax that applies when the refrigerant is going to be used for the service of systems, this is known as the "leakage tax".

In July 2016 the U.S. also joined the process to stop using High Global Warming Potential HFCs. This phase-out schedule is based on the application of use of the refrigerant in a given system, unlike the European one that refers to the GWP of refrigerants. In the U.S. there are several Regulations or Standards that prevent the use of the new refrigerants A2L1 and A32 from being immediate. It has been necessary to modify several of them in order to free up their use, since four very important steps are required to be taken. 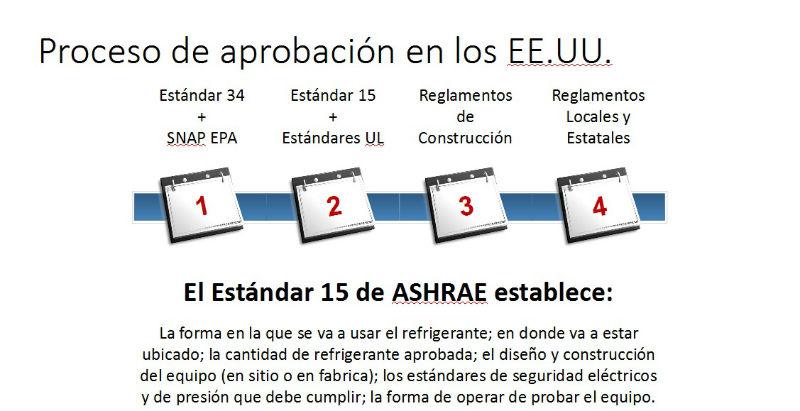 Standard 15 is currently under review and approval by ASHRAE members to include the use of R-290, R-441A and R-32 refrigerants in air conditioning equipment, heat pumps and refrigeration equipment. (Mention note ACR Latin America). UL laboratories have already published the Safety Standards:

These specify the characteristics that the air conditioning equipment or heat pump must meet in order for it to operate with the aforementioned refrigerants. For refrigeration applications, UL laboratories have also already published the Safety Standards, which are:

When Standard 15 is approved, it is submitted to the approval process of use of the ICC (International Code Council), and the IPAMO (International Association of Plumbing and Mechanical Officials) to integrate them into the state, municipal and local Regulations or Building Codes so that the use of refrigerants A2L and A3 is generalized. This cycle of reviews and approvals culminates in 2021.

Note: Does not include refrigerants for air conditioning applications.

New low GWP refrigerants and natural refrigerants have characteristics that synthetic refrigerants do not3. However, in the new generation of refrigerants the smaller the PCG, the refrigerants increase their flammability. Others are more toxic such as ammonia, or have a very high working pressure such as carbon dioxide. 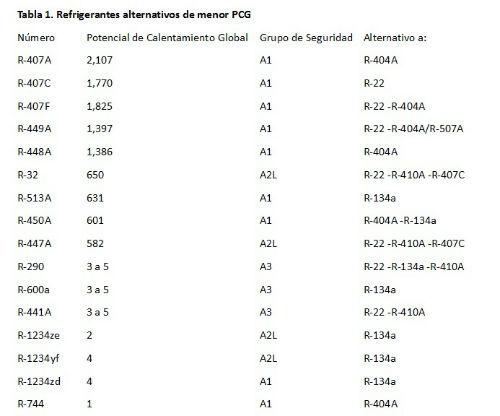 * Gildardo Yañez is an expert in refrigeration issues. You can contact him through his website: www.gildardoyanez.com email his email: [email protected]

No thoughts on “Why do we need new refrigerants?”